It is the second longest river in Malaysia, with a length of 560 kilometers from its headwaters in the mountains of southwest Sabah, to its outlet at the Sulu sea, east of Sandakan. The ecology of the upper reaches of the river has been severely disrupted by excessive logging and clearing of land for plantations. However, the original lowland forests and mangrove swamps near the coast have largely survived and provide sanctuary for a relatively decent population of saltwater crocodiles and contain some of Borneo’s highest concentrations of wildlife. Of special note is Borneo’s indigenous Proboscis monkey, Orang Utan, Pygmy elephant and Sumatran rhinoceros. The WWF (World Wildlife Fund) states that the Kinabatangan River is one of only two known places on Earth where 10 primate species can be found. This includes the Bornean Orang Utan, the Proboscis Monkey, Macaques, Maroon Langur and Bornean Gibbon, most of which are endemic to Borneo. The area is also known for its great variety of birdlife. The lower Kinabatangan teems with both animal and plant life, making it the best area for viewing wildlife, not just in Sabah but all of Southeast Asia. For centuries, the rare treasures of Borneo’s forests acted like a magnet for traders in search of edible bird’s nest, rhinoceros horn, elephant ivory and hornbill casqued for the Emperor and the wealthy mandarins of China. They also sought a hardwood resin, damar; flexible rattan vines; beeswax to make candles; fragrant woods and oil-rich illipe nuts. A stay at the Kinabatangan River should come very high on your list when visiting Sabah, Borneo. The great Kinabatangan river starts as a small trickle up in a crack in the Crocker Range in southwest of Sabah, collecting into a brooke, flowing into a stream and joined by other tributaries along this river, snakes its way through 5 types of habitat terrain – dipterocarp, waterlogged and limestone forests, and freshwater and saline swamps before joining the South Sulu Seas in the North. Alas, most of the habitats have disappeared along the river only to be replaced by 1000s of oil palm plantations acreage and agricultural land. What are left now are fragmented pockets of protected jungle reserves and abandoned land which is collectively a mere 26,103 hectares now protected under the Kinabatangan Wildlife Sanctuary. The Kinabatangan floodplain is the largest remaining forested floodplain in Sabah and the lower stretches of the Kinabatangan River contain some of the few surviving freshwater swamp rainforests and oxbow lakes in South-East Asia. These evergreen swamp rainforests are of global significance for biodiversity conservation. 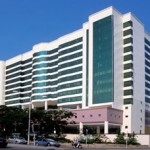 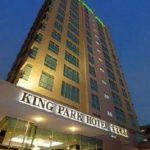